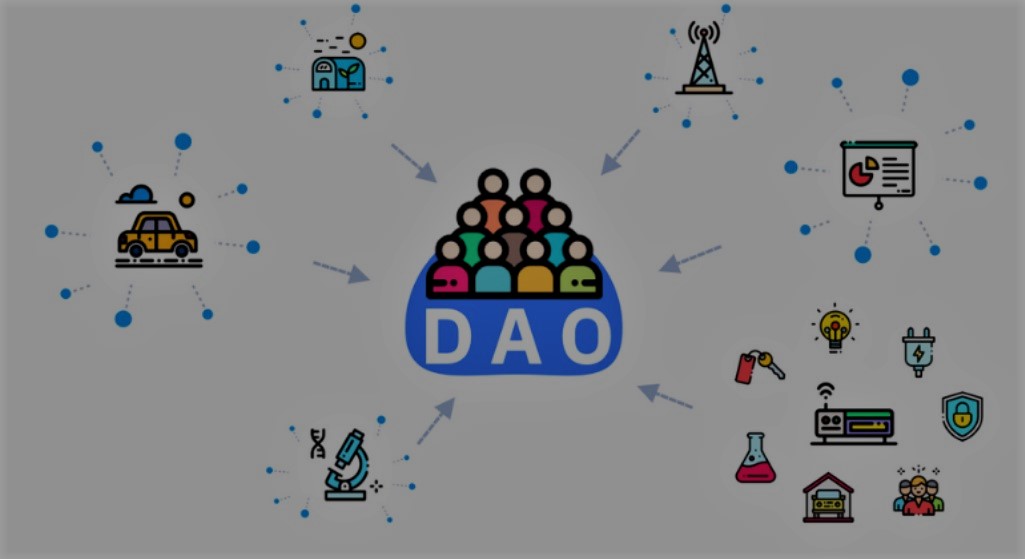 TRENDS THAT ARE PUSHING ORGANIZATIONS TO ADOPT BUY NOT, PAY LATER MODELS

DAO stands for Decentralized Autonomous Organization. At a high level, a DAO is an internet-native organization managed by a community through a transparent decision-making process. In contrast to the top-down nature of traditional corporate governance decision-making, DAOs leverage smart contracts on the blockchain to provide everyone in the community a say in the governance and resource management of the organization.³ Smart contracts can be programmed to automatically execute typical tasks a company might perform, such as disbursing funds if a certain percentage of investors agree to fund a project. In essence, a DAO is a restructuring of the traditional organization, giving its contributors a voice, and enabling decentralized resource allocation. 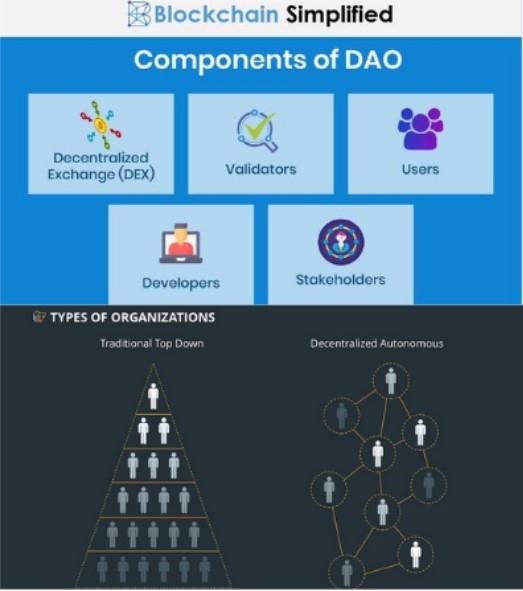 WHAT ARE THE DIFFERENCES BETWEEN DAOS AND TRADITIONAL ORGANIZATIONS

Governance: a DAO’s assets are controlled by stakeholders through a token. These stakeholders, who can be located anywhere in the world, delegate cryptocurrency tokens to represent their share of the voting power. Proposals for novel changes to the protocol are made by users or developers, and upon reaching voting consensus, the decisions are carried out by code. These decisions can be anything from allocating resources for investment to choosing employees to hire.

DAOs can be organized to do anything as long as a passionate community of individuals is willing to actively contribute. Today, there are more than 100 DAOs actively managing over $10 billion in assets.¹ It should be known that there is a lot of overlap between DAOs and the various communities they serve. The following list is not comprehensive, but it will provide a high-level overview of common DAO use cases.

WHAT IS THE RISK OF DAO'S

There is plenty of opportunity for organizations with a DAO structure to cannibalize their traditional counterparts. That being said, as with all industries that are in their infancy, and with all things digital, there is quite a high risk. The most popular DAOs have only been in operation for 1-3 years and have yet to experience the effects of scale. Since actions are carried out by code, there mustn’t be bugs that can be exploited. The very first DAO, also known as “The DAO” was the crypto industry’s first test run of what is possible with community-driven, blockchain-based autonomous organizations. Launched in 2016, the decentralized Venture Capital Fund showed a lot of promise, but due to a bug in the code, a user was able to steal $60 million.⁴ This injected a healthy amount of skepticism into the DAO landscape and prompted many developers to rethink how DAOs can be implemented so that hacks like this won’t happen again. The unique structure of DAOs also results in a very intricate regulatory landscape that has not been fully fleshed out, leading to the potential for popular projects to be deemed unusable in the future. Needless to say, the uncertainty in this up-and-coming industry is palpable. 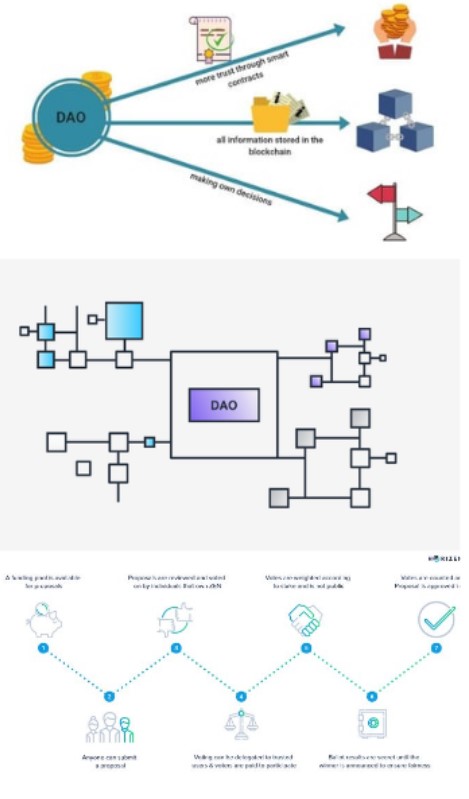 THE FUTURE OF DAOS

Many believe that DAOs and community-driven projects are the real gems that the recent cryptocurrency boom has created. DAOs provide members with a voice through governance, they flatten the organizational hierarchy resulting in fluid workstreams, and they allocate resources to achieve a common goal. It isn’t just obscure crypto-natives that are getting a foothold in the DAO space either. Institutional investment in DAOs is heavily focused on areas such as Decentralized Finance or DeFi. DeFi encompasses the world of decentralized financial products, including decentralized exchanges and yield generation tools. More on this topic can be found here http://rufs.ca/the-rise-of-dece…d-why-it-matters/. Many prestigious institutions have dedicated their resources to decentralized protocols in hopes to become major players in the space, and it seems to be working. According to Sybil; a decentralized governance aggregation tool, the top delegators in protocols like Uniswap, Compound, and AAVE are HarvardLawBFI, StandfordCrypto, and none other than Andreessen Horowitz.² As DAOs take their next big step forward, it will be interesting to see if they can operate effectively at scale and if regulatory agencies will accept them. Will the future be decentralized? Will DAOs replace traditional organizations? It is hard to say, but one thing is certain, this expansive industry is worth digging deeper into.